Children of the Romantic Age is an exhibition of artworks by Brooklyn artist Gwyneth Scally curated by Chris McGinnis in the Spring of 2014.

Gwyneth's work explores "... the historical underpinnings of our attitude towards the natural world, as well as our contemporary methods of experiencing it.  In some of these works, the Romantic movement, with its emphasis on transcendent and sublime natural encounters, is implicated in depictions of a literal romance between man and wild beast, rendered with the drama of overwrought Harlequin novel covers.  As a foundation for this series, I conducted extensive research at the National Archives in Washington DC, compiling photographic references of historic polar expeditions, including those of Admirals Peary and Byrd, and the English explorer, Sir Ernest Shackleton.  The Heroic Age of Arctic Exploration combined the most dramatic aspects of the Romantic Movement with the conquering entitlement of the Colonial Age, and as such provides an excellent foil for the examination of our current attitudes towards nature and its resources.  For example, Endurance and the I-10 depicts the ice-bound ship of explorer Ernest Shackleton, now stranded, not in the Weddell Sea, but in the arid desert landscape bordering Interstate 10 south of Phoenix.  In other images, the imperiled pine forests of Arizona are combined with high-end modernist “cabins” and space-age camping gear, describing the products and means through which we mediate and romanticize our contact with Nature.  These images of “cabins”- often multi-million dollars homes lifted directly from Dwell magazine- describe the irony of treasuring Nature through building on it.  In these works, trees, animals, humans and their structures all seem to melt and bleed, suggesting that both the civilized and natural worlds are in a state of instability and flux." 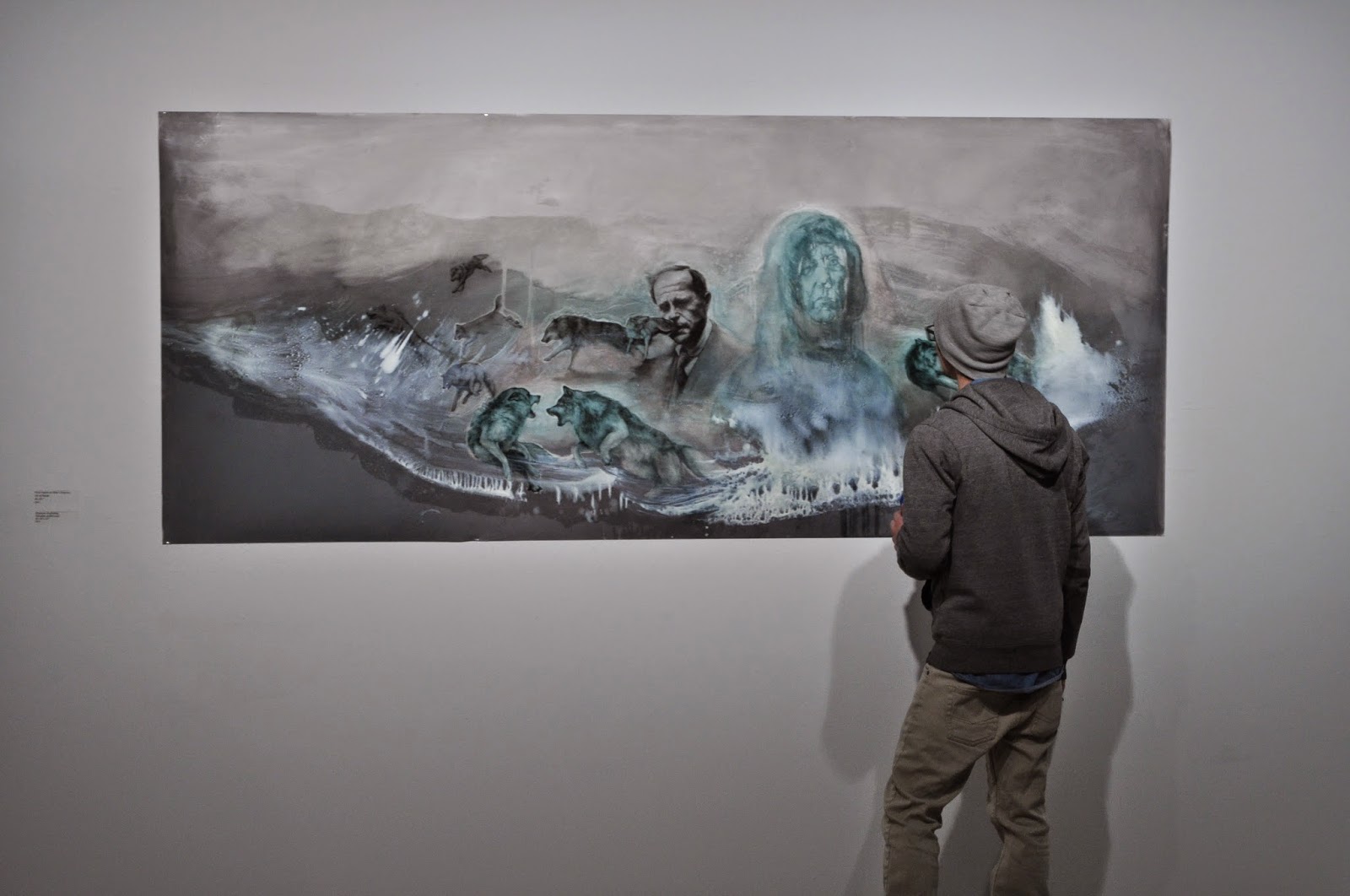 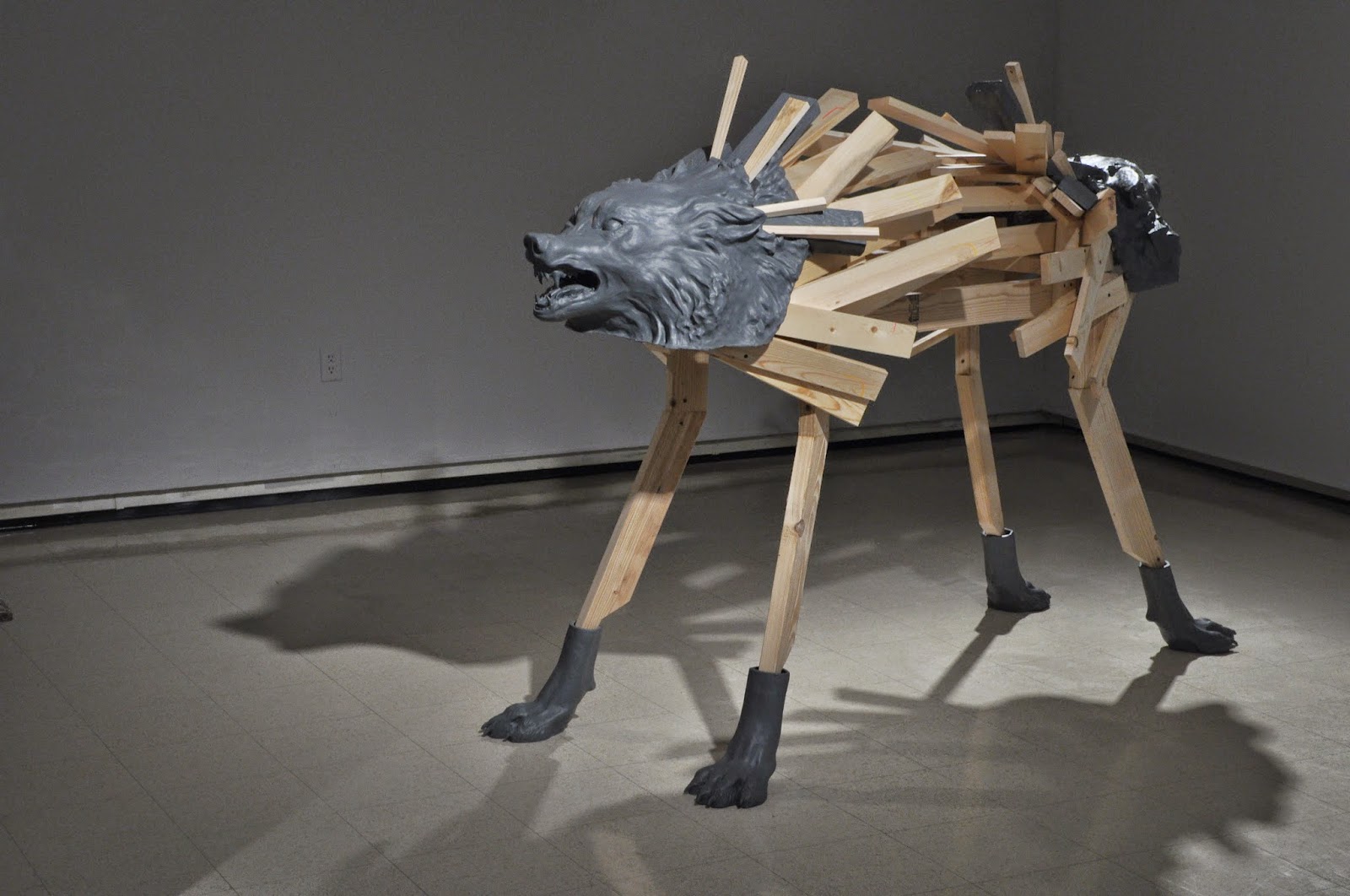 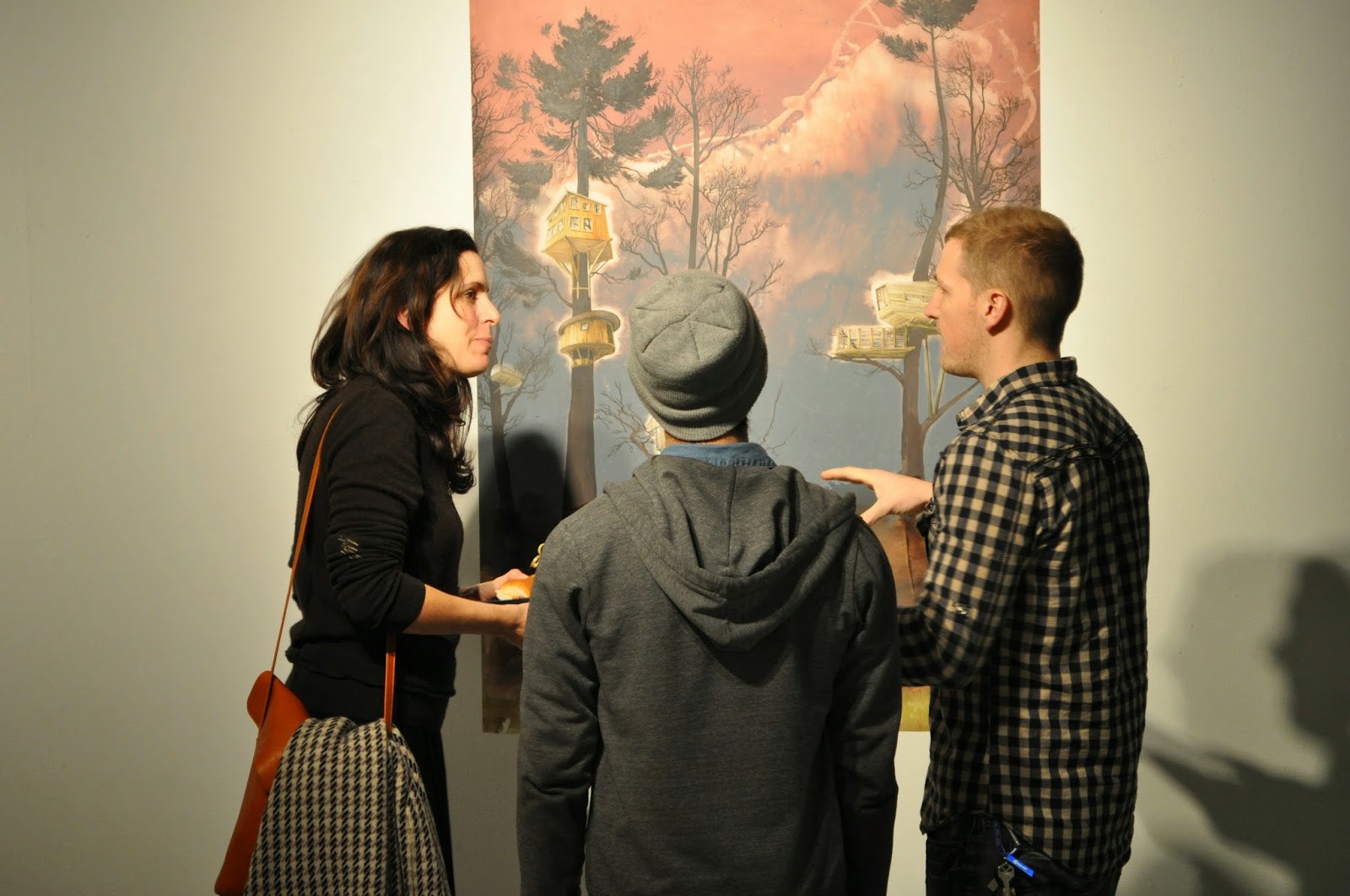 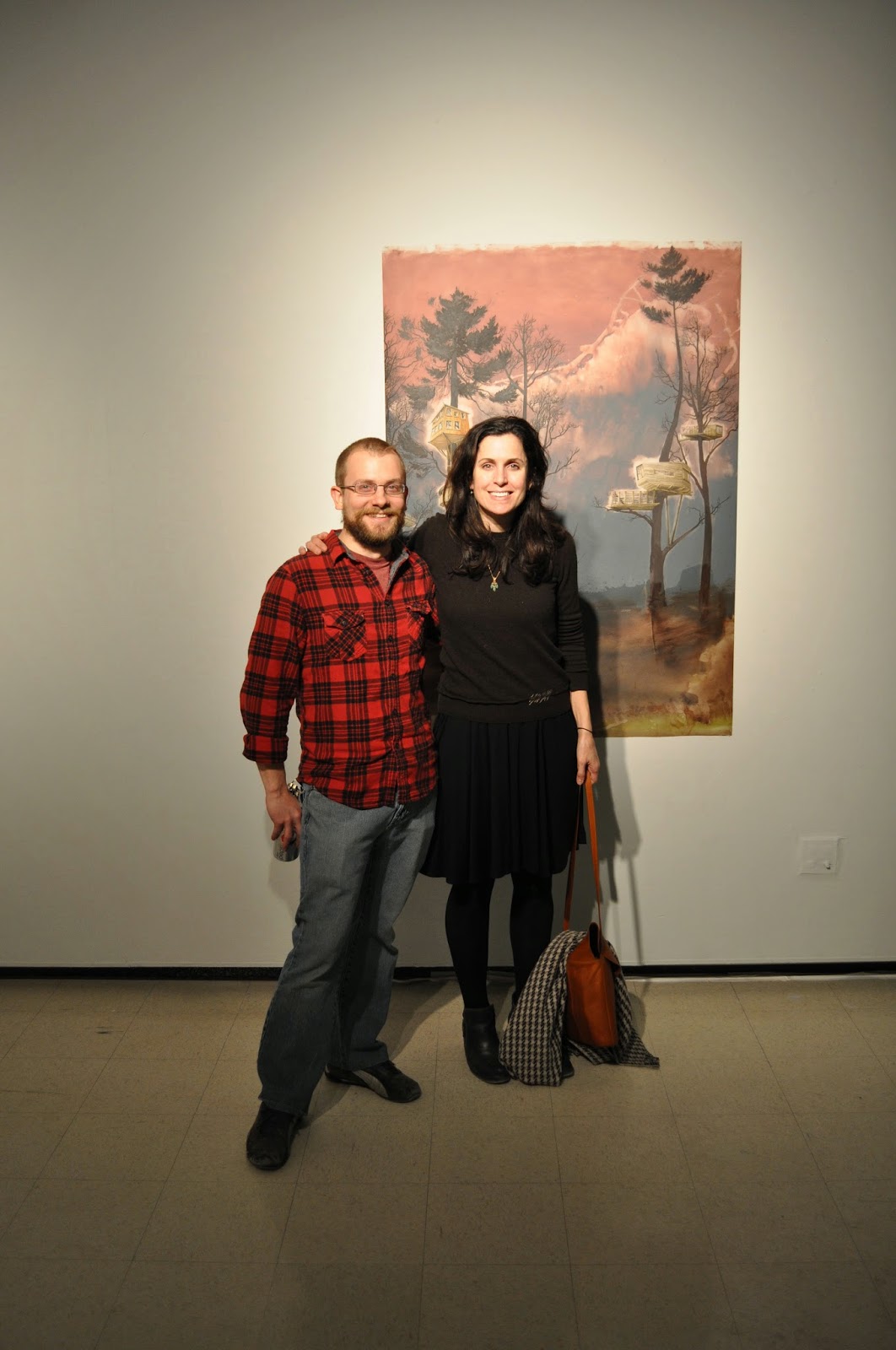 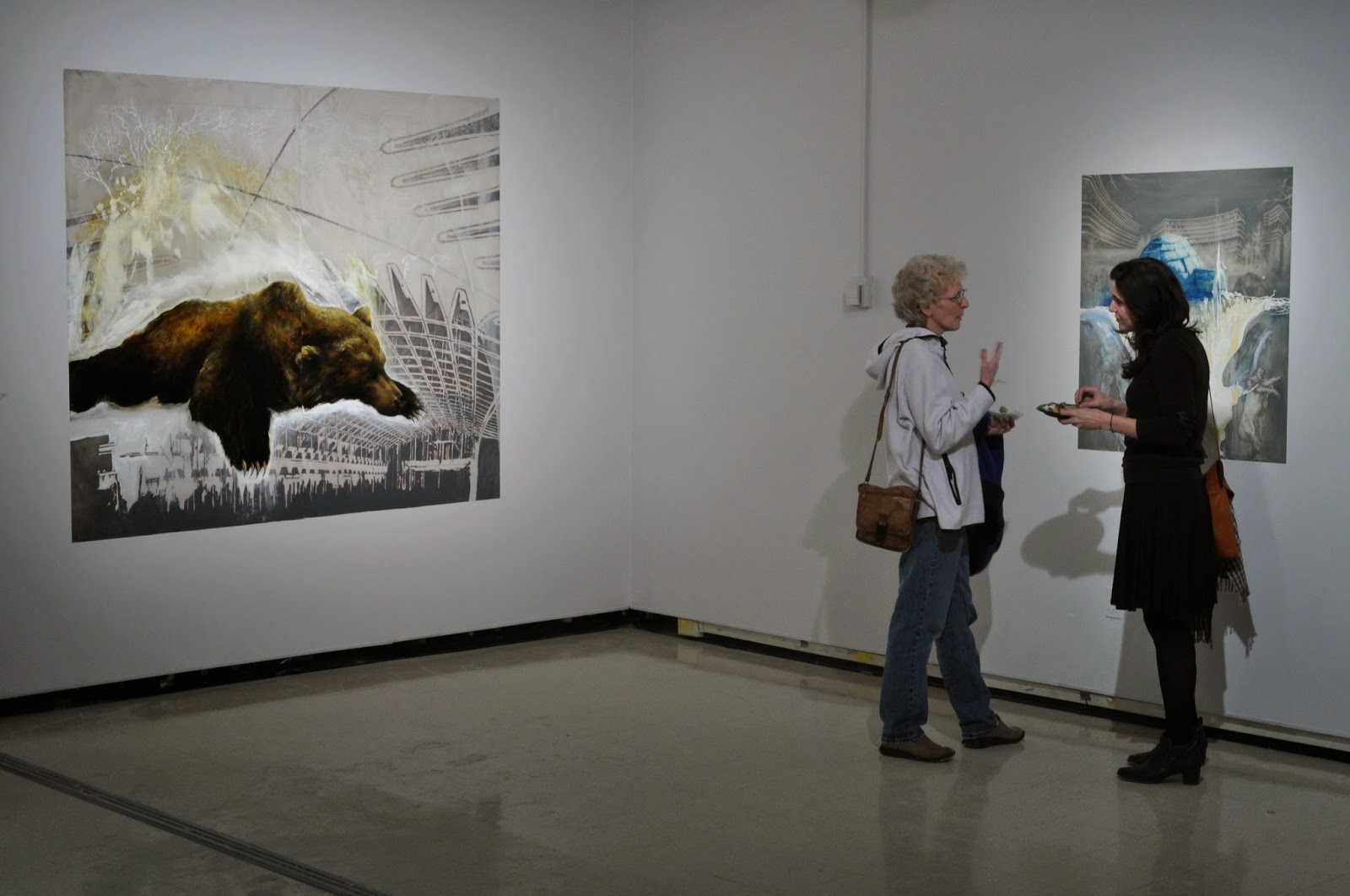